Michael Shuman on Why You Should Invest in Local Business Meghan French Dunbar: I was hoping you could give us your elevator pitch on the benefits of local investing.

Michael Shuman: There are several rationales for local investing. From the perspective of a community, the more money that gets reinvested in local businesses, the more income, the more wealth, and the more jobs will be created. There is an overwhelming body of evidence that shows that the prosperity of a community is linked to the percentage of jobs in locally owned businesses. Putting one’s scarce investment dollars in businesses in one’s backyard is a way of ensuring that you get not just a rate of return, but your community also gets a healthy rate of return in terms of its tax base and overall quality of life.

From the viewpoint of an investor, the virtues of local investing are that if you learn how to do it right, investors should be able to make more money. There is some good evidence – not perfect evidence, but good evidence – that locally owned businesses have higher profit rates than the Fortune 500, in which most of us invest. However, because we do not have sufficient marketplaces for putting money into local businesses, we are unable to take advantage of those higher profit rates.

The third argument is really from the standpoint of local business. Local businesses themselves right now have an unfair lack of access to capital markets. They are under-lent to by banks and they are practically overlooked by equity markets. If we can get the capital markets to operate more efficiently for the local businesses that we care about and love, they will have a much easier time finding the financing that they need to expand and thrive.

MFD: Building on that, if someone is looking to invest in their own local economy, where do you suggest that they start?

MS: Well, honestly, for probably 75-80% of the American public, the two most important local investments are: 1) to get out of credit card debt and stop losing money because that 25-30% per year in interest you pay on your debt leaves your community and, 2) to own where you live, because in almost any set of assumptions, the rate of return that you will get for your home or co-op unit or co-housing unit will be far superior to what you’ll get on Wall Street. As I said, I suspect for 75-80% of the American public, just doing those two things right will absorb almost all extra investment that they have, but once you get those things right, I think that once the JOBS Act gets implemented, there will be a proliferation of websites and portals where you will be able to find local businesses looking for local capital. The mission of all these local investors will be to find those great businesses in their own backyards and ignore all of the rest.

Maren Keeley: What advice do you have for small businesses that are seeking investment?

MS: I think that is a really interesting question and, of course, it depends a lot on the sector, the community, and the stage the business is in. Generally speaking, I think it is still probably necessary for any entrepreneur to go out of their own pocket to get a good venture started. You can go out of your own pocket through credit cards or through your home equity or with the help of friends. Even though that is difficult, that is not a bad way of sorting out who has an idea that really is worth putting more money into and who doesn’t and it really focuses the entrepreneur on creating a reasonably small-scale sub-financing model.

“THERE IS NO SUCH THING AS A SOCIALLY RESPONSIBLE VENTURE CAPITAL FIRM. I BELIEVE THAT THE MISSION OF VENTURE CAPITAL IS TO DESTROY LOCAL BUSINESSES AND ALL OF ITS VESTIGES OF COMMUNITY CONNECTEDNESS.”

I think that during the tech boom a lot of what went wrong is that people with great ideas on paper never were able to implement or were never put to the test of asking, “Could this work in the marketplace on a smaller scale first?” I think it is a good first step for entrepreneurs to undergo that test. Once you have proven your concept, I think it’s worthwhile to make an assessment about where the best plausible sources of financing are.

For some businesses that have very large and loyal customer bases, like a grocery store or a hardware store or a small manufacturing company that customers regard as really cool for what it produces, that kind of company could possibly raise its capital from its customers. I think that ought to be considered because it is a way of increasing visibility and getting your customers more deeply enmeshed in your business.

For other companies, they may still want to look to the traditional sources of financing from a smaller number of deeper-pocketed individuals. What I would caution against is that, in my view, there is no such thing as a socially responsible venture capital firm. I believe that the mission of venture capital is to destroy local businesses and all of its vestiges of community connectedness, so I would never touch venture capital. I would also avoid getting into deep debt – modest debt is all right but not deep debt. I think most local businesses are pretty much up to their gills in debt right now and they are looking for alternatives. I would encourage businesses to think more creatively about royalty financing and about mixes of different kinds of investor classes – for example, maybe one thing you finance with crowdfunding and another thing you do with deep-pocketed individual investors.

MFD: What do you see as the largest challenge facing this next generation of investors?

MS: Well, if I can generalize, there are two challenges that I think are pretty common. The first is lawyers. I say this as a lawyer, because I think lawyers have been inculcated in a set of principles around securities law that are largely obsolete. In every state that is trying to do reform now, the lawyers are the one organized flaw that has to be overcome in order to enact the reform. And they implicate such silly things like, “There is no way that we can protect the investor unless the company pays hundreds of thousands of dollars for disclosure,” or they will say, “The unaccredited investor doesn’t have the common intelligence or sense to make investment decisions at their own risk.” Yet, they will let them freely lose their house at a casino. The whole system is so contradictory right now in terms of risk management.

The second obstacle really comes down to our expectation that investments should be easy and that we can just automatically hand our money over to a stranger and then have them re-invest our money thousands of miles away from our community and deliver to us, by the time of our retirement, a consistent 8% per year rate of return. To me, that is a pure fantasy. Americans hopefully have woken up to the many biases and distortions that exist in the system that take advantage of that attitude. We need people to really start paying attention and learning about the great investment opportunities in their own backyard and to put a little bit more energy into using the tools that exist or the tools that will soon exist for them to put more money into those local businesses. MK: What innovative local investment business models have you been inspired by, and are there any that you would like to see multiply or spread to other communities?

MS: My favorite business model is Zingerman’s Deli, which is based in Michigan. They started as a small delicatessen. The first thing that happened with the deli is that they had to make a decision on whether they were going to franchise after ten years of business success and they decided against this for two reasons. The first was that they would probably lose all control if they went national. The second was that what they really loved about going to work every day was their local relationships.

So, they looked systematically at the things coming into the deli and the things going out of the deli and they created businesses around them. They serve sandwiches on bread, so they created a bakehouse. They serve coffee, so they created a coffee roasting company. They serve ice cream and cheese, so they created a creamery. And then, on the other side, they said, “Well, we have great products,” so they created a sit-down restaurant called the Roadhouse. They said, “We’ve got great customer service,” so they created a training module for other local businesses. Zingerman’s now has nine independently owned businesses and they each have their own partnership. The partners collectively meet for decisionmaking once a week, for quality control purposes. The result of the model is that Zingerman’s now has sales of over 40 million dollars per year and it has created 550 jobs in the Ann Arbor economy. To me, that’s the way that economic development should work. In a given business, look at where it’s getting its inputs, find the value-adding opportunities, and try to make a map of different ways of building local self-reliance through that. To me, that kind of model, if it were practiced across the country, would put conventional economic development out of business.

MK: I like the idea of seeing things as a system and building out the local economy that way. What advice do you have for communities for building their local economies?

MS: Well, I think the starting place has to be to look at the leaks in your local economy. By leaks, I mean all of the areas where people living in the community are buying things from outside the community, because every unnecessary outside purchase means dollars are leaving your economy and having no economic benefit. Every investment outside of your community, rather than an investment in the businesses in your community, means that you are overlooking some way of building up the economy in your own backyard, to your detriment. 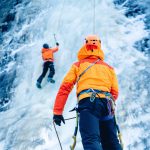