Meghan French Dunbar March 5, 2016
As the fight to increase the minimum wage has taken center stage in the US, a growing number of people have argued that legislators should focus on implementing a federally mandated living wage rather than simply raising the minimum wage. The living wage standard is defined by the amount of income a person needs to cover basic family expenses. It varies by region, as costs in certain geographic areas are vastly different. In almost all cases, the living wage is higher than the minimum wage.

Professor Amy Glasmeier and her colleagues at MIT created the Living Wage Calculator to help individuals determine what the living wage would be in specific locations, based on factors ranging from food costs and medical care to housing and transportation. Glasmeier and her colleagues hope that organizations will use the tool to determine how to compensate their employees more fairly.

3 COMPANIES THAT PAY A LIVING WAGE With employee-centered personnel policies that are rare in the fast food industry, California-based In-N-Out Burger pays starting employees $10.50 an hour — about 17 percent higher than the median average wage for fast-food jobs. The company also extends benefits to part-time employees, and all managers are developed and promoted from the hourly-associate level, offering opportunities for professional development beyond a paycheck. These practices explain why In-N-Out landed in the top ten in Glassdoor’s “Best Places to Work” rankings — above Facebook and Apple — in 2015. In January 2015, IKEA implemented a pay scale that adjusts starting wages at stores according to MIT’s Living Wage Calculator. This past April, the chain announced another raise for early 2016, which will bring the average starting pay to nearly $12 an hour. As a result of these polices, the store has noted a marked improvement in the caliber of applicants for jobs at new stores that opened in 2015.

An entry-level Ben & Jerry’s worker makes $16.29 an hour — more than double the current federal minimum wage. The rate is recalculated every year to ensure that employees are able to afford decent housing, healthcare, recreation, and savings in the state of Vermont. The founders have been outspoken advocates for raising minimum wage at the national level as a moral imperative, and tout the cost-saving benefits of low employee turnover.

WHAT DO YOU WISH EVERYONE KNEW ABOUT THE LIVING WAGE ISSUE?

Dr. Amy Glasmeier: Americans are hardworking. They believe in fair pay for an honest day’s effort. What they are confronting is a disconnect between how much they’re being compensated and their ability to live on that level of compensation. If people can’t buy basic goods, then our consumption-based economy is going to be increasingly in question.

WHY IS MAKING A LIVING WAGE SO CRITICAL?

AG: If a family can’t make a living wage, then they are forced to make choices about what bills they’ll pay each month; what, if any, care they will seek if ill; and how they will address the developmental needs of their children, such as books, dentistry, optical care, vitamins, and social and physical activities. We know that healthy people start with a solid and supportive upbringing. Economic precariousness does not create the conditions for health, a secure sense of self, or a view toward personal aspiration across one’s life.

WHAT IS THE LARGEST BARRIER TO GETTING MINIMUM WAGE ON PAR WITH LIVING WAGE?

AG: Politicians do not want to be the ones to change the minimum wage. This is despite the fact that organizations like JUST Capital have provided reliable evidence that the general public believes a fair wage is not only fair and just, but importantly, Americans as a group believe a living wage should be delivered by policymakers.

Try the Living Wage Calculator for yourself at livingwage.mit.edu.

MINIMUM WAGE BY THE NUMBERS

2009 The last time the US minimum wage was raised

62% US minimum-wage workers who are female 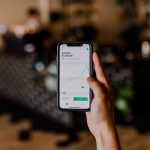 The ROI of Purpose: The Growth to Expect and 3 Investments to Make May 6, 2019 What To Do When Your Coworkers Have Been Raised by Wolves July 13, 2017
Join the SOCAP Newsletter!
Get in touch Our team is happy to help! Contact us