6 Policies We Need For Gender Equality in Business

American business has a problem: it’s missing women in leadership. Nearly half of the employees of Fortune 500 companies are women, but only 5 percent of CEOs and 17 percent of corporate board members are. True, 20 years ago no Fortune 500 company had a female CEO. At this pace, however, it will take another 90 years before men and women are Fortune 500 CEOs in equal numbers.

Meanwhile, our economy is missing out.

Outside the Fortune 500, women-owned businesses are the fastest-growing sector of startups, yet only one-third of all business owners are women. Babson College found that if US women had the same access to capital as men do, the economy would gain six million jobs in the next five years.

WHAT’S IN THE WAY?

If the benefits of more women in business leadership are so clear, why isn’t change happening faster? The main barrier to progress is culture. The cultural barriers to women advancing to senior management, entering boardrooms, or starting businesses are formidable. Both men and women are complicit: multiple studies have shown that both men and women hold an unconscious bias against women being effective business leaders and scientists and holding other roles that are nontraditional for women.

Linda Scott, University of Oxford professor and creator of the Double X Economy concept observes, “There’s no reason to believe that leadership connects to the X and Y chromosome, but we see persistent resistance to having women in leadership positions and constant undermining of women who get to leadership positions.” Nearly three in ten cases before the Equal Employment Opportunity Commission are sex discrimination cases, and that figure doesn’t include state offices of human rights and other enforcement agencies.

The bias can be subtle. “Women tend to work more collaboratively, and collaboration holds more value than it has in the past,” notes Susan Labandibar, founder of Tech Networks of Boston. “So women, in theory, should be better leaders, but we’re still fighting stereotypes. We have to work extraordinarily hard not to reinforce people’s stereotypes, which makes it difficult to be an authentic leader.” For example, a woman in a business leadership role might feel pressure not to cry or express empathy with staff for fear of triggering a “softie” stereotype.

Unconscious bias also makes it harder for women to gain working capital. Women are one-third as likely as men to win angel or venture capital funds, and they receive only 7 percent of all venture capital funds invested. Reisa Brafman, Social Consciousness Leader of Community Partnerships and Women’s Initiatives at EILEEN FISHER, has observed that “Women often do not have access to capital or equal access to the financial marketplace to grow their ideas.”

MAKING CHANGE WHEN CHANGE IS HARD

Business and our economy need women in leadership. Yet years of effort have been unable to change the collective patterns of behavior that support persistent gender inequity. Some thought leaders suggest returning to legal mandates.

For the last few decades, the political climate has moved away from mandating business behavior, but there was a time not so long ago when quotas finally pushed institutions of higher education to address racial and gender disparity. Scott remembers being among the first cohort of women going through MBA programs in an era when the federal government used the leverage of its grants and contracts to require that female students be represented. “Universities had fears that all the science contracts would be pulled out” if they did not do more about gender disparity in their programs, she explains.

MaryAnne Howland, founder, president, and CEO of Ibis Communications, an advertising firm specializing in inclusive and multicultural marketing, notes that she benefited from social programs and affirmative action that created quota systems to provide opportunities she would not otherwise have had as a woman of color. “There might come a point when quotas are no longer necessary, but right now I’m all-in for them,” she says. “I think that’s the only way change is going to happen.”

The lack of progress we’ve seen over the past decades makes it clear that employers and institutions need external help to achieve the desired results on this front. To regain positive momentum, let’s:

2. Hold entities accountable for meeting legal quotas. Law360 explains that Dodd-Frank Section 342 set “inclusion requirements at the specified US government agencies that regulate the financial services sector, entities that contract with the agencies, and the private businesses they regulate” by gender and race. For disclosure and transparency to be effective, businesses and NGOs need to let the nine regulatory agencies, federal contractors, and financial institutions know someone is watching. The American Sustainable Business Council (ASBC) can lead this effort.

5. Raise the goal for awarding government contracts to women-owned and small, disadvantaged businesses from the severely inadequate 5 percent to a modest 25 percent. Raise the embarrassingly low goal of spending 3 percent of federal prime contract dollars on Historically Underutilized Business Zones or similar businesses to at least 15 percent.

6. Require gender-blind hiring and promotion by all companies and institutions, and require disclosing employee gender mix at each pay level. Elected officials and corporations make huge investments to reach women because women comprise 52 percent of voters and 47 percent of employees in non-agricultural industries. Both women and men can leverage the power within companies and institutions to push for cultural changes and adoption of policies that level the playing field for women. And they can apply political pressure to secure legislation and regulations that mandate changes. Business owners and leaders can learn more and show their support for gender equality at asbcouncil.org/inclusive.

A major jump in the number of women in business leadership positions, achieved with a mix of legislation, regulation, and corporate commitment, will make the best and highest use of all our human resources. We have only old cultural biases to lose, and much to gain: more financial strength, more social resilience, and millions more jobs. Pat Heffernan is president of Marketing Partners in Burlington, VT, and a board member of the American Sustainable Business Council.

The American Sustainable Business Council advocates for policy change and informs business owners and the public about the need and opportunities for building a vibrant, sustainable economy. Through its national member network, it represents more than 200,000 owners, executives, and investors from a wide range of industries. ASBC invites you to send us your ideas, join us in this effort, and find further information online at asbcouncil.org. 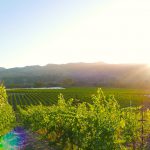 Asana CEO Dustin Moskovitz is All About the “Warm Soft Pursuit of Profit” November 2, 2017
Join the SOCAP Newsletter!
Get in touch Our team is happy to help! Contact us