Jobseekers: 3 Ways To Tell If an Employer Really Cares About Its Culture

The menu is not the meal.  The dating profile is not the person. And a company’s story about its culture is often not the whole story.

I’ve heard several versions of the same tale: A talented leader takes a job opportunity but is ultimately let down when team or company culture doesn’t match up to the hype.

Just as a résumé is often a highly-edited, optimistic representation of an applicant, the outward-facing description of a company’s culture is generally rosier than real life. The interview process is a chance for both sides to gut-check these claims in order to make an informed decision.

If you want to work for and with a company that cares about its culture, here are three ways to determine if its claims are the real deal.

1. Look for a clearly articulated culture code that inspires you.

A well-designed and embedded culture code is like an invitation to bring your finest self to the forefront of your work. It describes the best parts of a company’s existing culture while serving as a declaration of an intended future.

Culture codes come in many forms and can be called many things — think: “core vision and values,” “founding principles,” or “manifesto.” Whatever a prospective employer calls this document, read it before your interview, and jot down any comments or questions. Does it inspire you? Does it make you want to learn more?

If the company doesn’t have a published code or if it looks like it was created during the last century, that is a telling sign.

2. Look beyond perks or “Best Place to Work” awards.

With an intense competition for talent underway, companies are looking for any advantage to better represent their cultures to prospective employees. This includes an arms race of employee perks (in the San Francisco Bay Area, if you don’t offer free food, you are already behind). Don’t be fooled — perks aren’t a good indicator of actual company culture. Additionally, many companies pursue external validation in the form of placement on a “Best Place to Work” list. The problem is that it’s quite possible for a company with a top 50 ranking on one of these lists to have a mediocre company culture.

For one, not all of these lists are equally credible. Some have methodologies and sample sizes you can trust; others do not. Unbeknownst to most job-seekers, companies have to pay for surveys as a condition of inclusion on some of these lists — and they’re only measured against other companies that also paid.

Because they include almost all employers and use more data points, Glassdoor rankings are generally a more reliable way to gut-check culture claims — but Glassdoor isn’t perfect either.

3. Look for evidence of company-wide commitment.

“We have gotten better at catching ourselves when we are out of alignment to that which we aspire. We keep our sense of humor about it. It is not some grim march to culture. We poke fun at ourselves.” — Pat Christen, CEO Omidyar Network

Most leaders know how to talk a good line on culture, but they often drop it as soon as new business challenges come up. For too many leaders, business results and company culture are mutually exclusive. You can do well at one of them, but not both. Because leaders set the tone for an organization, if they don’t commit to changing their behavior, no one else will either.

During our research at Culture Builder, we discovered a wide spectrum of effort and attention devoted to culture. On one end, I investigated teams who viewed defining their vision, mission, and culture code as a one-time event — little more than a step along the path before they could focus on the “real work” of strategy and execution. Within these companies, values were only considered when someone spoke with customers or hired new employees. If you asked 10 of these employees about the values of their company, few could even name them let alone evaluate them.

On the other end of the spectrum are the companies that take culture seriously. Their employees know the company and its values, and they live by those values in their day-to-day work. Here are some things all real-deal culture companies have in common:

Key Questions to Ask as a Job Seeker

Come to a job interview prepared to explore the company’s current approach to reinforcing its desired culture. Here are some questions you can ask:

The answers will give you an idea of whether there is an intentional approach to culture, or if a company’s culture effort is limited to its talent acquisition strategy.

With unemployment at all-time lows and a fierce competition for talent, it makes sense that companies would put their best feet forward and make the most optimistic claims about their cultures. Your job is to gut-check the PR in order to maximize your chances of working within a thriving company culture. 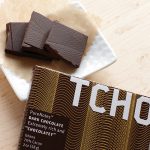 Sources for “Why Become a Conscious Business” Infographic August 4, 2017 Ep. 25: Susan Griffin-Black of EO Products April 1, 2019
Join the SOCAP Newsletter!
Get in touch Our team is happy to help! Contact us
© 2022 Social Capital Markets. All rights reserved.