Dear Businesses: You Can Be Criminal-Justice Champions

In the United States, Black men are nearly six times as likely to be incarcerated as White men. Black people use drugs at exactly the same rate as White people, yet they are 10 times more likely to be arrested for drug offenses. People of color account for 37 percent of the US population, yet they make up 67 percent of the total US prison population. Punishments are harsher, too — federally imposed sentences for Black men are 19 percent longer than for White men for similar crimes.

This discrimination goes beyond the prison gates. Those with criminal records face enormous barriers to securing employment, housing, and benefits. Often, they even struggle to secure the right to vote: an estimated 2.2. million African Americans were disenfranchised in the 2016 election, with profound political implications. As Starbucks CEO Howard Schultz commented, “For hard-working and well-intentioned individuals, a criminal history can make the opportunity to find a job and move forward almost impossible to achieve.”

On first glance, businesses are unlikely champions in this space, but this standpoint fails to take into account the evolving role of companies in society. Long gone are the days of Milton Friedman, when companies’ sole obligation was to shareholder value (if this was ever the case). Companies must now represent the values of their employees, their customers, and the communities in which they operate — and these values universally include racial equity. It is in businesses’ interest to create shared value, a shared space, and shared goals within the communities they want to work or do business in, and the consensus that all people should be equal in systems of justice presents an opportunity to do exactly this. A growing and diverse group of campaigners have catapulted the systemic racism of the US justice system into living rooms around the world, and it now dominates popular media. Businesses ignore this wave at their peril.

The economic drivers for change are also particularly pronounced for businesses. The United States is in the grip of an unemployment crisis — even if everyone had a job, there would still be 1 million vacant positions. By unnecessarily writing off vast swathes of its workforce through incarceration, criminal records, and other restrictions, the US justice system seriously hinders its own economy and the wellbeing of its citizens with no corresponding benefit to public safety. The figures back this up; estimates put the cost of employment losses among people with criminal records at as much as $65 billion per year in terms of gross domestic product (on top of the more than $80 billion taxpayers spent on mass incarceration). As JP Morgan Chase CEO Jamie Dimon, himself a justice reform advocate, put it: “Major employers are investing in their workers and communities because they know it is the only way to be successful over the long term.” By reforming the justice system and providing meaningful second chances, businesses do exactly that.

How can businesses make a difference in this space? By speaking up. At a time when competition for investment between different US states is fierce, companies are in an incredible position to influence legislation by signalling their opinions. Furthermore, in this era of rock star CEOs, business leaders are in a unique position to drive public narratives arounds policy issues. The political landscape is also primed to maximize this influence. Criminal justice reform is one of the only issues with truly bipartisan support, dominating both Donald Trump’s legislative agenda (with the First Step Act in 2019) and the Democratic Primaries. The Hill remarked in 2019: “Finally, America’s broken criminal justice system and the urgent need for reform is front and center in our presidential campaign process, where it should have been for the past 30 years.” With so many politicians clamouring to be the “right-on-crime” candidate, corporate support can make all the difference, be it in the form of newspaper editorials (like this one by Koch Industries’ Silas Horst in the Financial Times), blog posts (like this one by Virgin Founder Sir Richard Branson), or interviews (like this one by Jamie Dimon himself).

Beyond advocacy, many companies are developing programs that directly intervene to break these destructive and discriminatory cycles of incarceration, unemployment, and recidivism. Bank of America (supported by musician John Legend) is working on the project Unlocked Futures to assist formerly incarcerated entrepreneurs. Gallup is using its CliftonStrengths toolkit to develop inmate skills in Nebraska Prisons. Nehemiah Manufacturing is committed to hiring ex-offenders, providing meaningful second chances to those so often ignored by other employers due to their records. These organizations represent a growing coalition of companies not content to wait for politicians to act, but actively stepping in where politicians have failed to do so.

The Responsible Business Initiative for Justice (RBIJ) represents businesses committed to seeing change with their communities and ending the institutional racism that has for too long been a feature of justice in America. Be it through advocacy, justice focused-initiatives, or hiring, corporations can be instruments of change. And change cannot come fast enough. 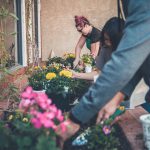 5 Ways to Forge a Charitable Work Culture March 3, 2020
Join the SOCAP Newsletter!
Get in touch Our team is happy to help! Contact us